For many years, IC practitioners have attempted to make a business case for investment in internal communication.

But given the urgent organizational, financial, environmental and geopolitical realities in the world at the moment, there is now a clear strategic case to make for ensuring organizations have sufficient professionalism and infrastructure to support their internal cohesion and aligned performance.

Let’s dive into the first question.

And so, I think that's a really important issue and one that again speaks to the fundamental to be set up to succeed. So, you want to have the right capability and the right capacity in internal communication, supported by a governance structure that makes sense.

Mike: I’m in violent agreement about the need to integrate internal and external communication indeed. I argue that the internal audience is the most valuable external channel that an organization has.

I have a more non-violent disagreement about where internal communication should sit. I tend to believe that it should sit under whoever has the most ambitious agenda in the organization. Because if you have got a sponsor who has ambitions and sees how internal communication can further those ambitions, the usual dramas about budget, access seats at a table, those melt away instantly. If you are part of a function for the sake of being part of a function because it makes sense on an org chart, you may not get the level of sponsorship that you require.

Caroline: Excellent point and to that, when internal and external communication are housed together internal communication tends to be the poor cousin because when an external fire emerges, it becomes overwhelming on the internal resources. So, your point is well taken. And sponsorship is vital to again creating the conditions for this function to flourish.

2. Question: Why Do You Think Communicators Struggle So Much In Building Business Cases For New Technology? How Can They Move Faster Through This Process To Bring Value To The Organization?

Abhijit: So, one of the pitfalls that I have seen and why the cycle becomes longer than it needs to be is that: there is not enough data from the organization to be able to sell it internally to the champion or the sponsor, who can enable the purchase of this technology.

The other reason is that internal communicators, and communicators in general, are not aware of the language in which the technologists speak, but we must work together with them to come up with the case for new technologies.

I have seen that when we, at UNICEF, went to the senior management for the approval of an $11 million project for the implementation of digital transformation, it had fallen flat. But when we went together with the IT department and made a presentation -- the director of communication made a presentation together with the director of IT --it was a success, it came through. So, we must work together with them. We are to depend on our IT colleagues for data, and need to have more belief in what the organization needs at this time and be able to articulate that.

Mike: I think an additional element here is that because this technology is still relatively new, the relationship between the cost of tech, even though we've been talking about ROI being the measurement tool of internal comms, ROI has to enter the conversation about technology tools a little bit more robustly, because the pricing on these tools varies so widely.

Why should you spend 10 million on X, when there's Y that costs 1 million, has 90% of the functionalities, and gets higher user ratings? So, I mean, as an example, part of it is a political minefield, you have got to know it and it doesn't just have a budget to defend, it also has extremely limited and stretched resources. So, something that may look cheap on paper, but that might cause a lot more havoc within your IT department is something that will be given unnecessary or excessive resistance.

The other issue is you also have vendors in this space, who think that we don't sell on price and aren't willing to really get into the mechanics of the linear relationship between investment and value in this space. So, it's a combination of where we are as a practice. Here's where vendors are, and where our peers and partners are within the organization.

Caroline: And if I could just jump in here, I really just keep coming back to trying to raise awareness and shed a spotlight on the cost of a problem. And so that's the thing that just doesn't happen. There is as simple calculation, one that we have found very effective with many of our clients is to get an average cost per head.

For a talent pool, for example, we're working at the moment with a client organization of 7,000 people. If we waste an hour of time across 7,000 people, that equals a big, huge number. And if we consistently do this, for example, with these severely substandard mass emails that are irrelevant we have taught our employees to hit delete on corporate messaging, which by the way, has become absolutely rampant, then there is a very real cost of that, because we have now taught our people to ignore senior executives.

So, what is the downstream consequence of that kind of decision? So that's one thing that I would suggest, and then your HR folks can help with this. The best business cases we have made are based on that real cost of talent plus overhead.

3. Question: Why Are Quality Internal Communications Tools Such A Critical Piece Of The Puzzle For Internal Comms To Contribute To Business Outcomes?

Caroline: Well, I think a key issue is scalability. You know, if we think about old school, if you had a small organization of 20 people working in one office, then we probably wouldn't be having this conversation. But in an environment of dispersed talent globally, working from home, the infrastructure required is critical.

So again, this is just a fundamental cost of doing business and sharing the information, knowledge, and context that our employees need to perform. We need to have that infrastructure and these internal comms platforms to enable an organization to perform, whether it's in the private sector or the public sector, it is the essential modality of any organization's performance. So again, I just see this as an absolute no-brainer, then you can debate well, which is the best solution for your particular requirement, but you do have a requirement. So, this is non-negotiable, as far as I can see.

Mike: You know, and at the same time, the biggest competition the decent tools face is from lousy tools that are positioned as free. Because then the whole investment issue becomes clouded in, can we just do it with Slack and Teams and town halls? The reality is that if you're just using slack, and Teams and town halls, when you get beyond, when you move, say, from your 2, people in an office to 250 people in a big kind of barn-like room or a bunch of different locations, that kind of works to an extent, but eventually, you end up with three-hour town halls every week, where people are talking about what color the wallpaper should be in the next office.

If you want relevance, resonance, and noise reduction, you need tools that are designed to allow you to do that, rather than those which require elaborate workarounds to avoid having to spend the money to do it properly.

Caroline: Exactly. And if I could just build on that, is also to be attentive to the distinction between synchronous and asynchronous communication in this environment. I have also heard many, many clients complain about town halls. that are now having to fulfill every internal communication task and you do wonder, why do I have my global engineering talent sitting here and talking about this thing that they could have perhaps rent, or we could have shared in an asynchronous way in a more efficient fashion such that we're getting a more effective townhall that's focused on those things that do call upon synchronous communication.

So, I think that again, part of the mix here of platform discussion is maximizing the effectiveness and efficiency of asynchronous communication.

4. Question: Do You Believe This Is Equally Important For Internal Comms To Earn A Seat At The Executive Table In Every Sector?

Caroline: I was just going to say that it's interesting, we work across the private and public sectors. And I would say all organizations have a performance objective, whether its financial or otherwise, in terms of service delivery, or a not-for-profit outcome. And so yes, internal communication is the essential lifeblood, the distinction is the way in which the conversation is framed because the outcome is not financial but could be one of performance like: Is my hospital able to deliver? Is my university working? Is my nonprofit charitable organization able to deliver maximum impact? So, the common orientation remains performance, but the way in which performance is assessed is different.

Mike: I’ll also add that a seat at the table doesn't necessarily need to be a throne, or have permanency. You know, Congresswoman Shirley Chisholm once said, “If there's no seat for you at the table, bring your own folding chair.

There's also a piece about whether a presence at the table is a formal seat, or whether it's being on the agenda, or whether it's being the table itself, which, in certain cultures and certain environments, I mean, there's a difference between, within a sector, an auto dealership, versus an auto manufacturer, versus a company that makes software for self-driving cars. Same sector, but very different roles of communication and initiative, in each of these kinds of environments. Because communication really is a way of harnessing individual initiative at a certain level, the extent to which Initiative is a driver of performance is the extent to which internal communication increasingly adds value and increasingly needs to be part of the conversation.

Abhijit: For me, having a seat at the table or not, you definitely need to be top of mind recall for the senior management of the organization. I'll give you a quick anecdote. I received it from the executive director who is sort of the CEO of UNICEF. He emailed me late at night about a certain initiative that he wanted to see implemented. He sent me an email saying, can you make this happen? The next morning, I went to his office before everybody else came in, and I told him that I did not have the budget to make this thing happen. And he just gave me a few words, he said, “You may not have the budget, but you do have the influence, go make it happen.” And eventually, I was able to. That is the rule that I would want to see for internal communication in all the organizations - that you create an influence for yourself, whether or not you have a seat at the table or a throne, as Mike nicely pointed.

If you enjoyed this conversation between Mike, Caroline and Abhijit, you will love the full recording of our webinar. 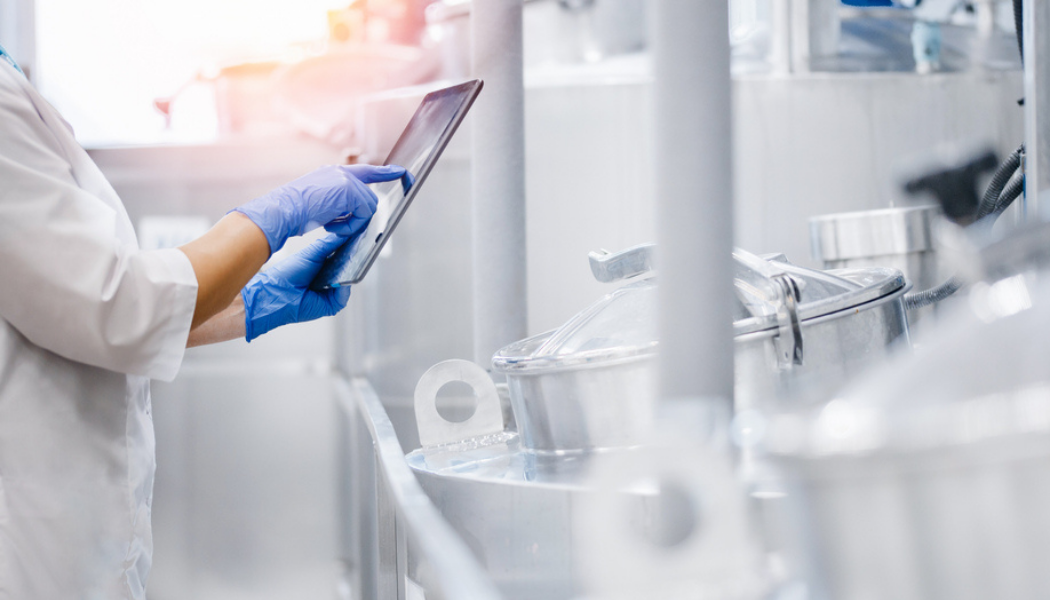 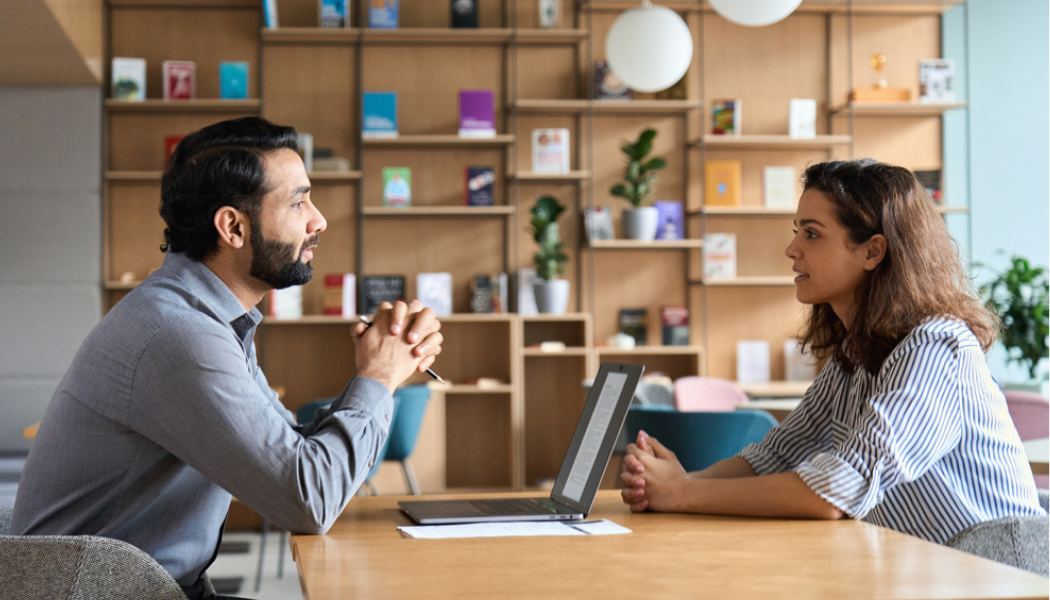